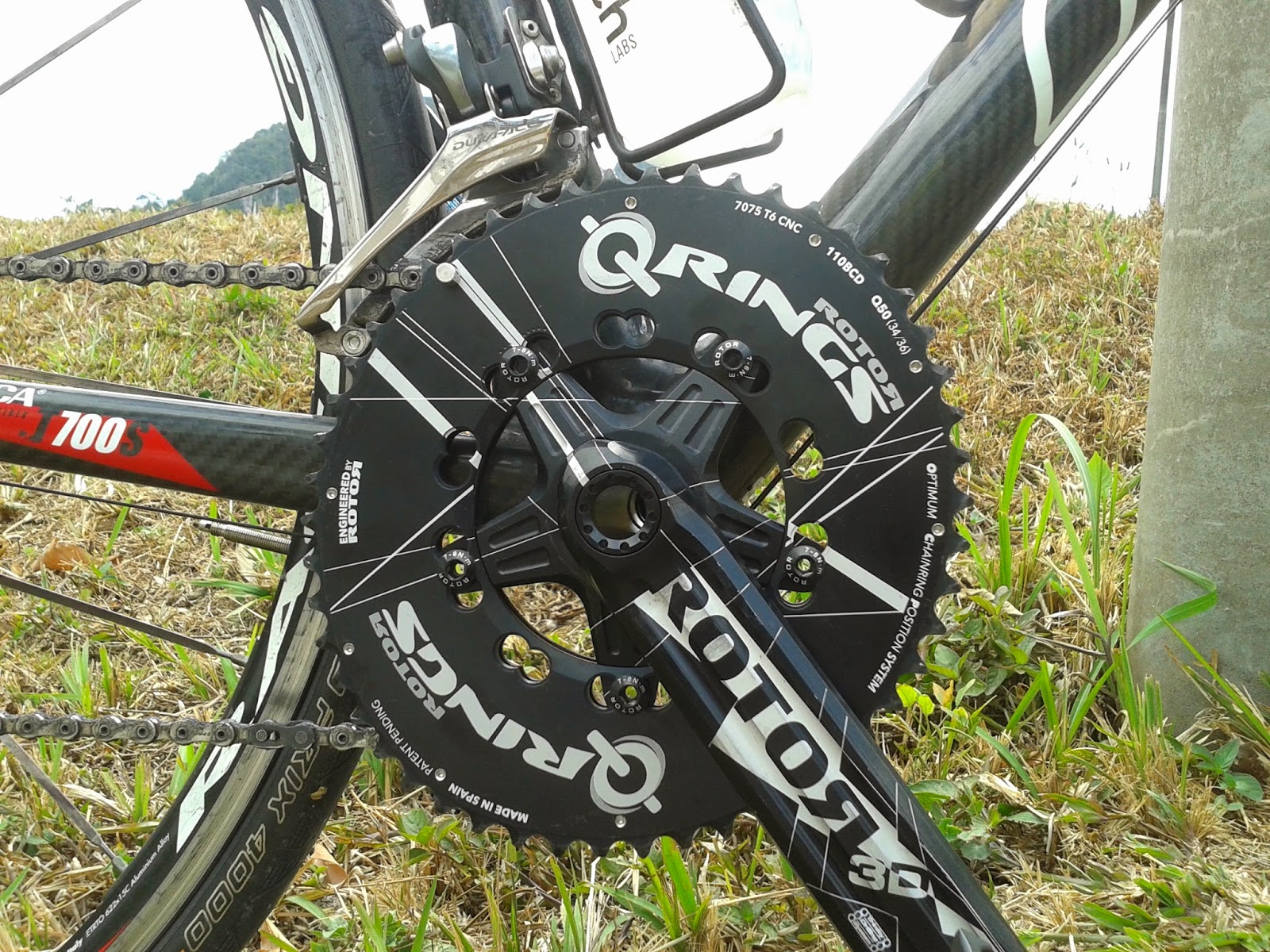 I can't think what took me so long. I finally got myself what's commonly known as a "compact" crankset and my life is transformed!

Well my excuse was usually that for the type of riding that's largely available in the areas where I cycle most frequently, the standard configuration of a 53/39 on the front and a 11-28 on the back covered most of it...or seemed to at the time.... it's just another case of hanging on to what you know. I would find myself grinding only on long climbs of over 10%, of which there are not that many on my schedule.

My main fear was (and I think this accounts for a lot of the resistance to changing to a compact) that through always having an "easier" gear I would lose maximum strength.

Having spent years turning myself into a true spinner (one with a natural cadence of over 90rpm) it may have seemed an obvious choice to get myself a gearing configuration that would ensure I was always able to keep the cadence high. It took my experiences in Northern Thailand last November to bring the point home to me. We're a conservative bunch, us cyclists!


Climbing Doi Inthanon with my above-mentioned standard setup convinced me. Without really having the top fitness I should have needed at that point, I was definitely guilty of underestimating the 2600-meter-high beast and it's notorious long sections around 20%. By the time I got to within 5km of the peak, my lower back was giving me so much grief I needed a rest. The grinding had taken it's toll. I did make it to the top, but it was not a noteworthy performance, and I needed some good  physiotherapy.

After that experience I realised that there was a lot of riding I wanted to be doing that would hit gradients for which my current gearing was far from ideal, and so after some serious investigation I finally settled on a set of Rotor cranks with Q Rings at a 50/34 configuration. The Q Rings are elliptical chainrings which ensure a consistent application of power to the pedal stroke by passing quickly through the dead spot in the cycle - but I will expound more on that choice elsewhere. I was already using the Q Rings on the standard setup anyway, so I knew they worked. 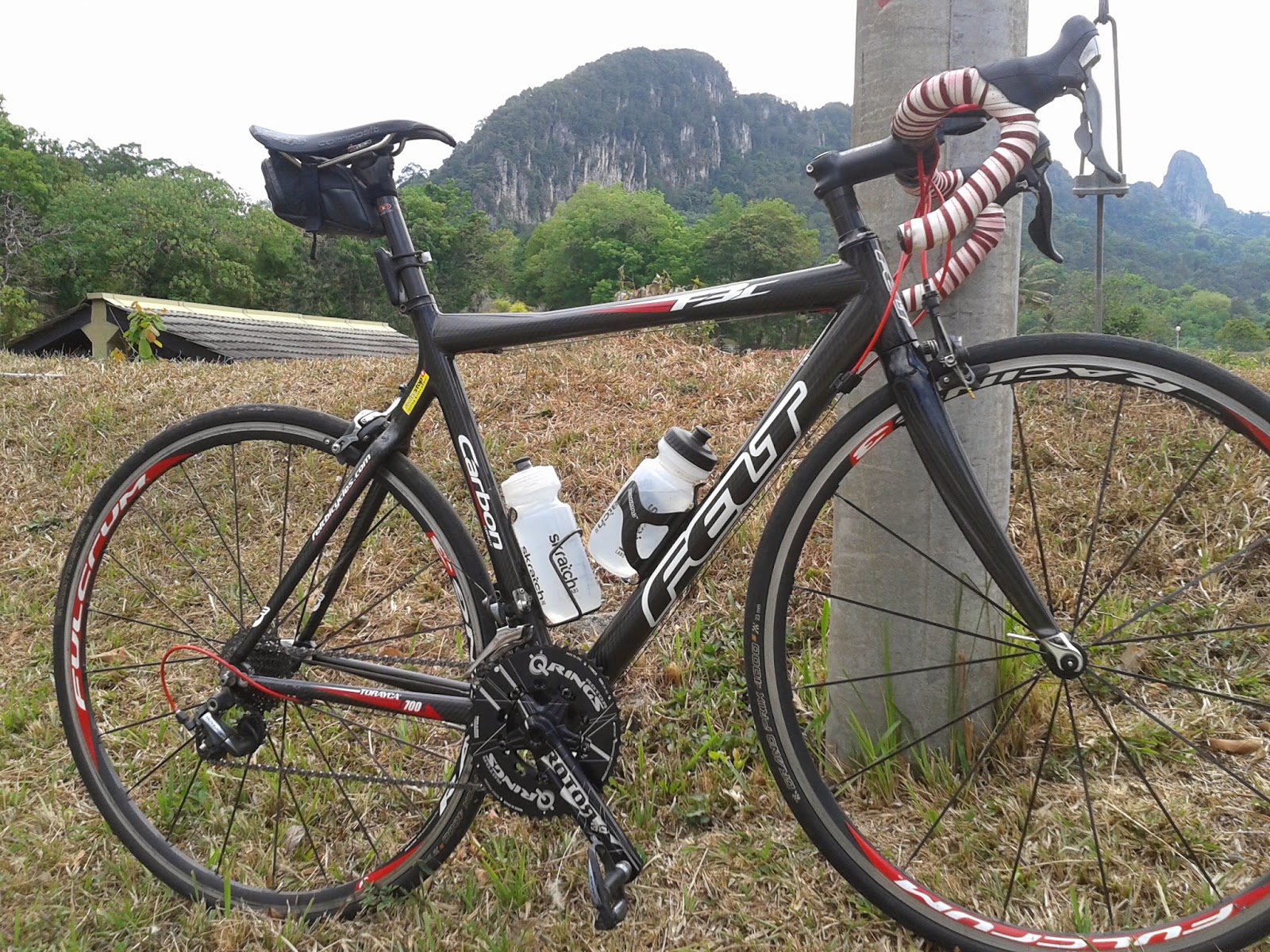 I had heard many riders saying they had not been able to get used to riding a compact. Others mentioned that it took a long period of acclimatisation. I experienced no such trauma. I was sold from the first ride.

What I notice immediately is that I now use all the gears. I do much more of my riding in the big chain ring, staying in it through some rolling terrain which used to be back and forth between the big and small. I'm using a 10-speed 11-28 cassette on the back and in the 34 chainring I can now spend much more time in the smaller cogs below 17 which are more gradual increments and mean that I'm much more able to keep my cadence optimum.

Of course a big thing is that I now am able to keep an almost Froome-like spin going up much steeper gradients, which is the more expected result. I may now spin out out on the faster descents but, though I'm unlikely to stick a compact on my TT bike, I think for most other purposes the compact setup works perfectly. I honestly am 100% sold!

But then I'm not stuck permanently with the same gearing. An additional attraction with the Rotors is that for the smaller 110mm BCD spider needed to fit chainrings as small as a 34-tooth, you can now actually get chainrings up to the full standard configuration as well, so if I want to ride a standard setup on the same bike at any point, all I need to do is switch out the chainrings. There is also a "semi-compact" configuration of 52/36 which - I am told - is popular.

SCIENCE OF THE GEARS

According to this great gear calculator site (www.gear-calculator.com) if I'm spinning in my 34x28 at a cadence of 80rpm - theoretically at the lower end of my ideal cadence range - I'd be progressing at a speed of 12kmh, whereas on the 39x11 I'd still have to be doing 14kmh to be at this cadence. 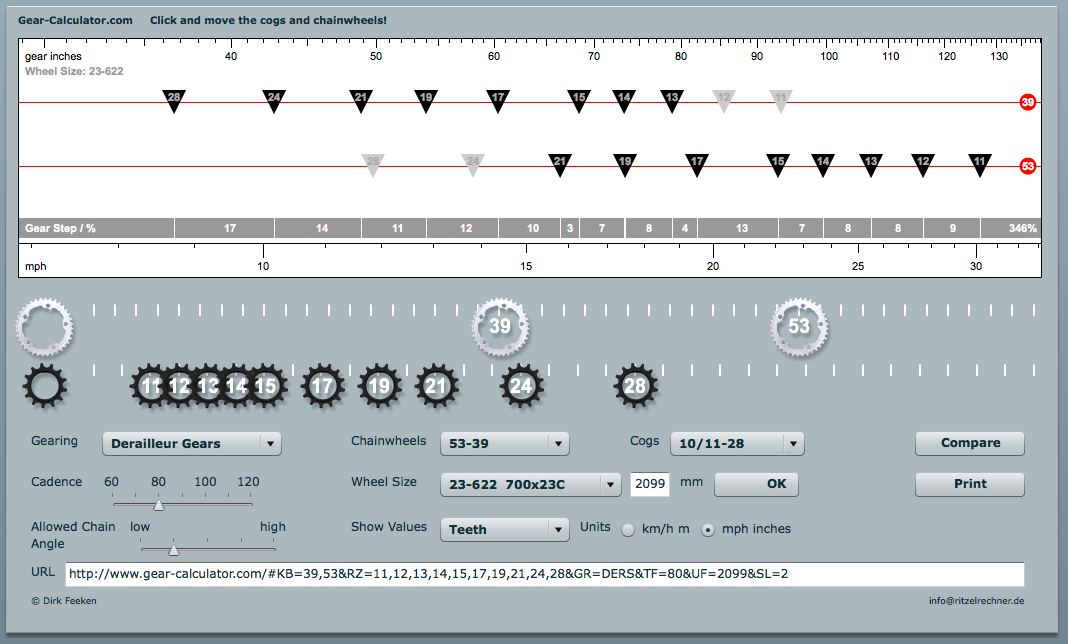 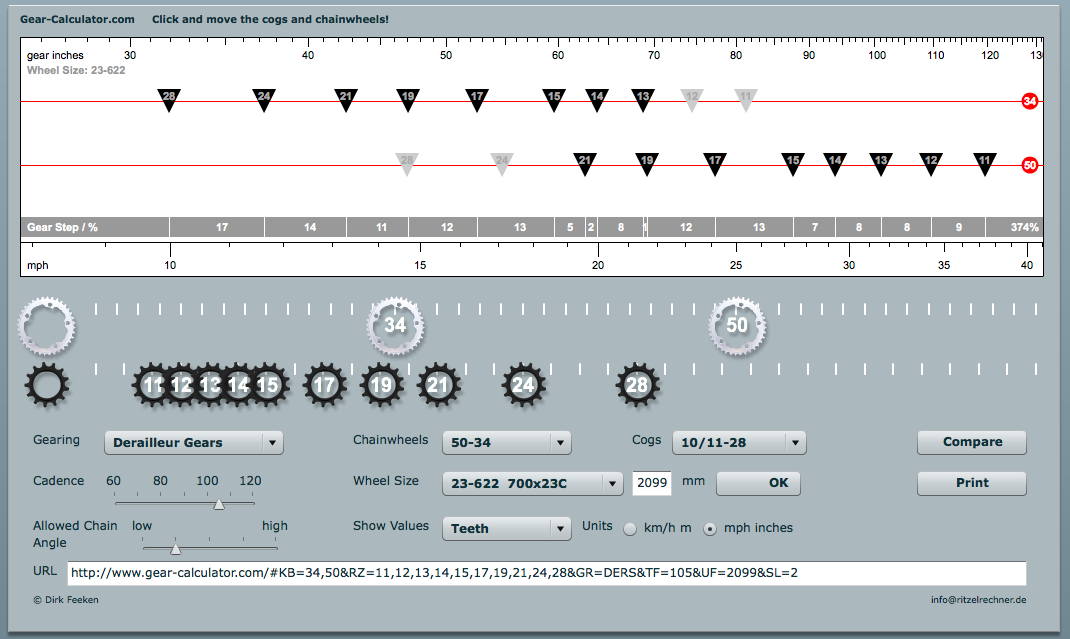 SCIENCE OF THE BODY

The main argument for keeping a high cadence is that it helps flush lactic acid away from the working muscles. As we all know, it's the accumulation of lactic acid in a muscle as it works at a borderline intensity at which the body is able to supply enough oxygen (aerobic threshold) that will determine it's point of absolute fatigue. So if we are aiming to keep our threshold efforts going for as long as possible, it would seem a no-brainer that we prolong the time we can spend at that effort by keeping the muscles working optimally. No?

On long climbs this would mean using a compact crankset. Discuss :)
Posted by Cafe Rider at 10:43 PM 10 comments: